Elise & Matt had such a sweet and joyous morning proposal in the Luxembourg Gardens. They were so excited that they chose to share their story and were featured on HowHeAsked.com!

“Matt and I planned our trip to Paris for months—booking flights in January 2016, picking out Airbnbs during class and at work, making lists of museums each night, and saving as much money as possible. On July 1, 2016, we finally boarded the plane for what would become the most magical trip of our lives.

We didn’t sleep at all on the redeye to Paris: our excitement was so high that we spent most of the flight talking about our plans. (Little did I know, Matt couldn’t sleep because he was so nervous about getting the ring through customs!)

On July 4, Matt really wanted me to wake up early so we could explore the Luxembourg Palace, the seat of the French Senate. The building was really close to our Airbnb, so his suggestion to explore it felt very natural. I, however, was feeling a bit tired and insisted on taking my time, even asking him if we could take a break after breakfast to sit and relax and enjoy the city in the morning—to which he firmly replied, “No.” Honestly, I was slightly annoyed that he wouldn’t let me rest!!!

By 9am, Matt was practically dragging me through the Luxembourg Gardens, even though I swatted him away as I tried to take pictures of each statue and flower. As we approached the front of the building, I was mesmerized by its beauty and I lifted my camera to take some pictures of it. I still remember looking through my camera’s viewfinder when I heard Matt quietly say, “Elise?”

So I turned around to answer him, but he was on one knee.

My heart started racing and I felt my hands shaking as I watched him wipe away tears, trying to get words out. We both laughed nervously as he opened the ring box and told me I was the one constant in his life. When he asked me to marry him, all I could do was cry and laugh and nod. After sliding the ring on, he jumped up to hug me. (See the pics here!)

The surprise grew when I turned and saw a photographer standing by—the wonderful Lindsey Kent of Pictours Paris (and the reason we had to be at the Palace by 9am). Matt excitedly told me that she was going to do a proposal photoshoot of us right then and there, and then we had a formal engagement photoshoot at the Eiffel Tower later that night. I’ve never smiled so much.” 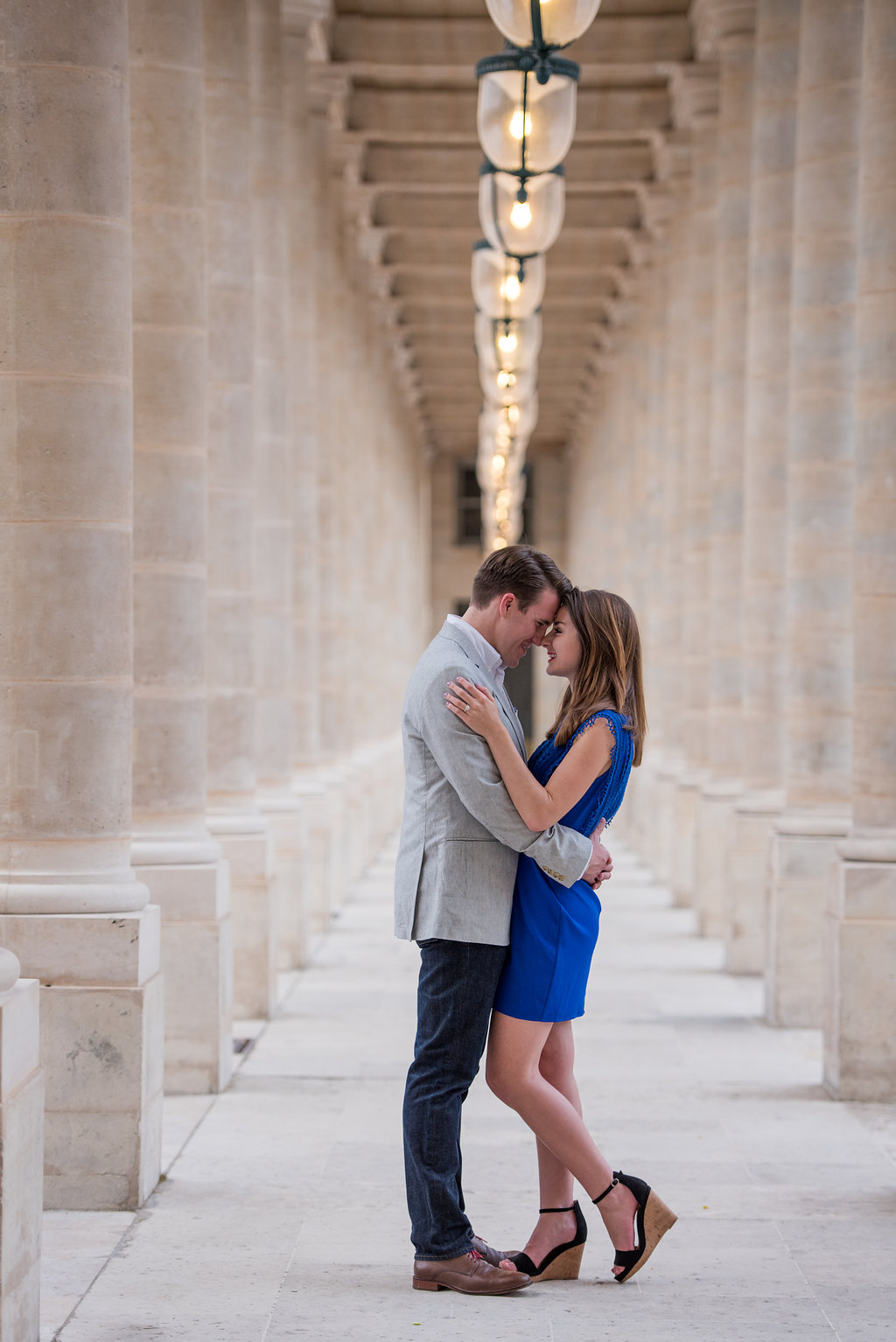 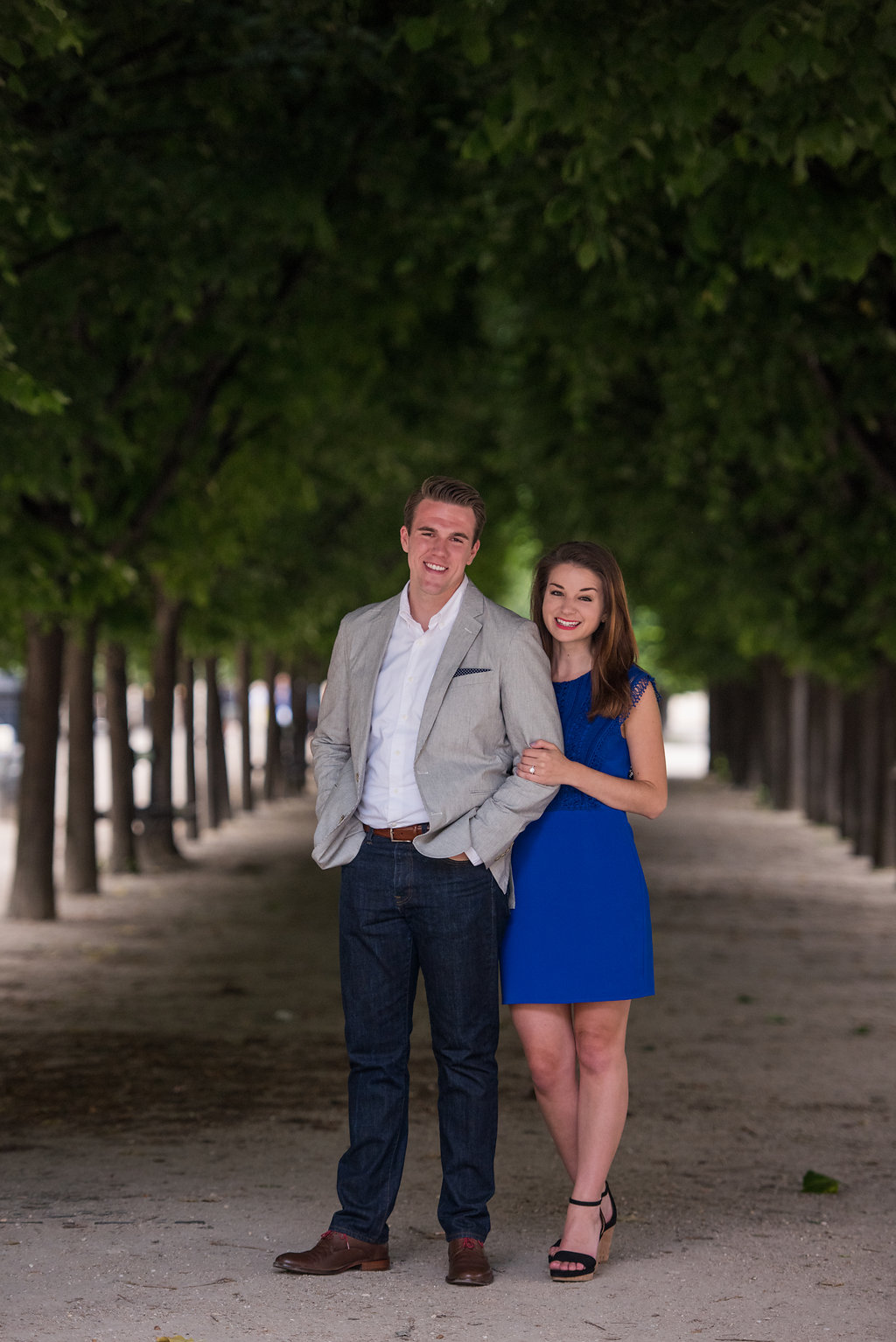 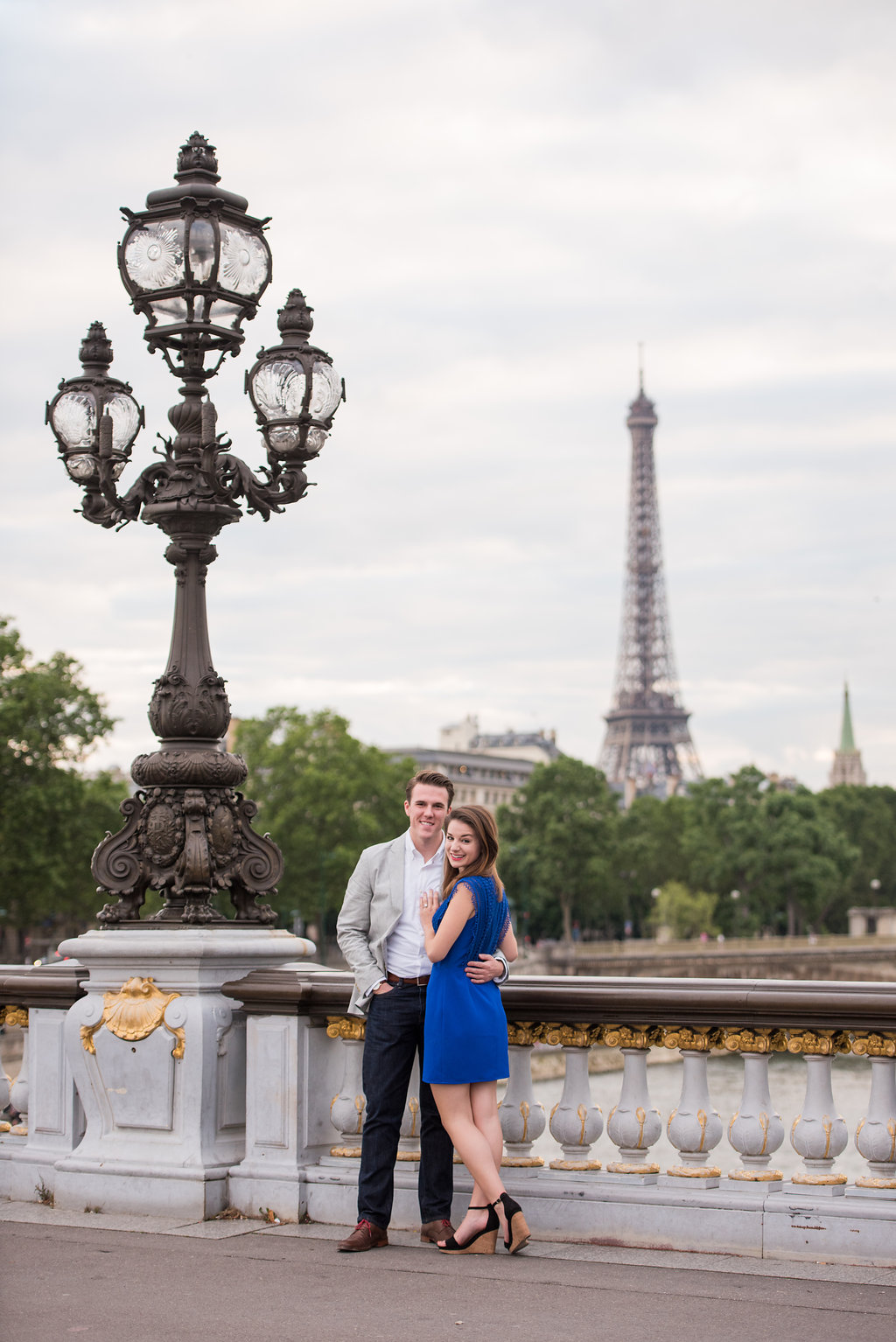 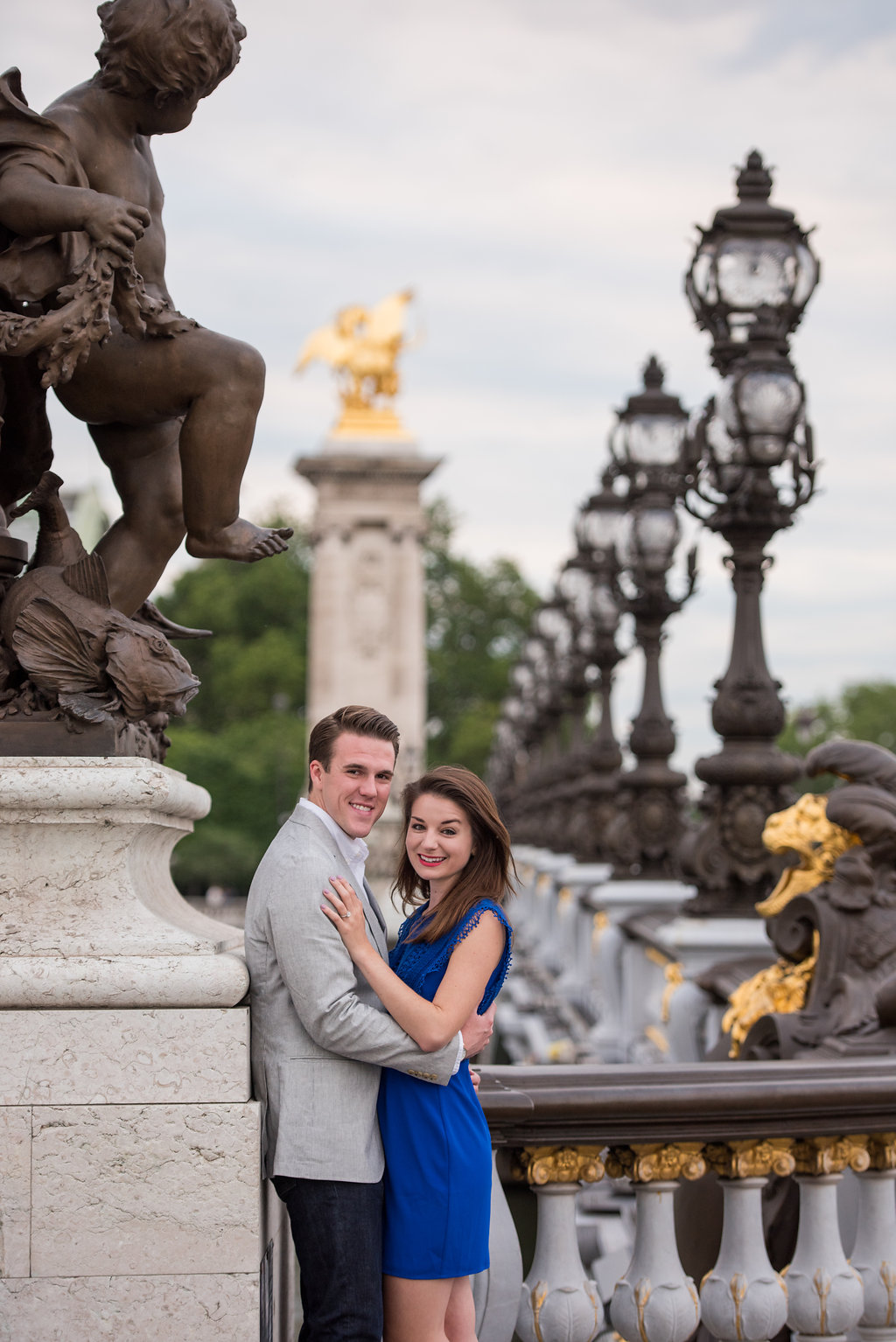 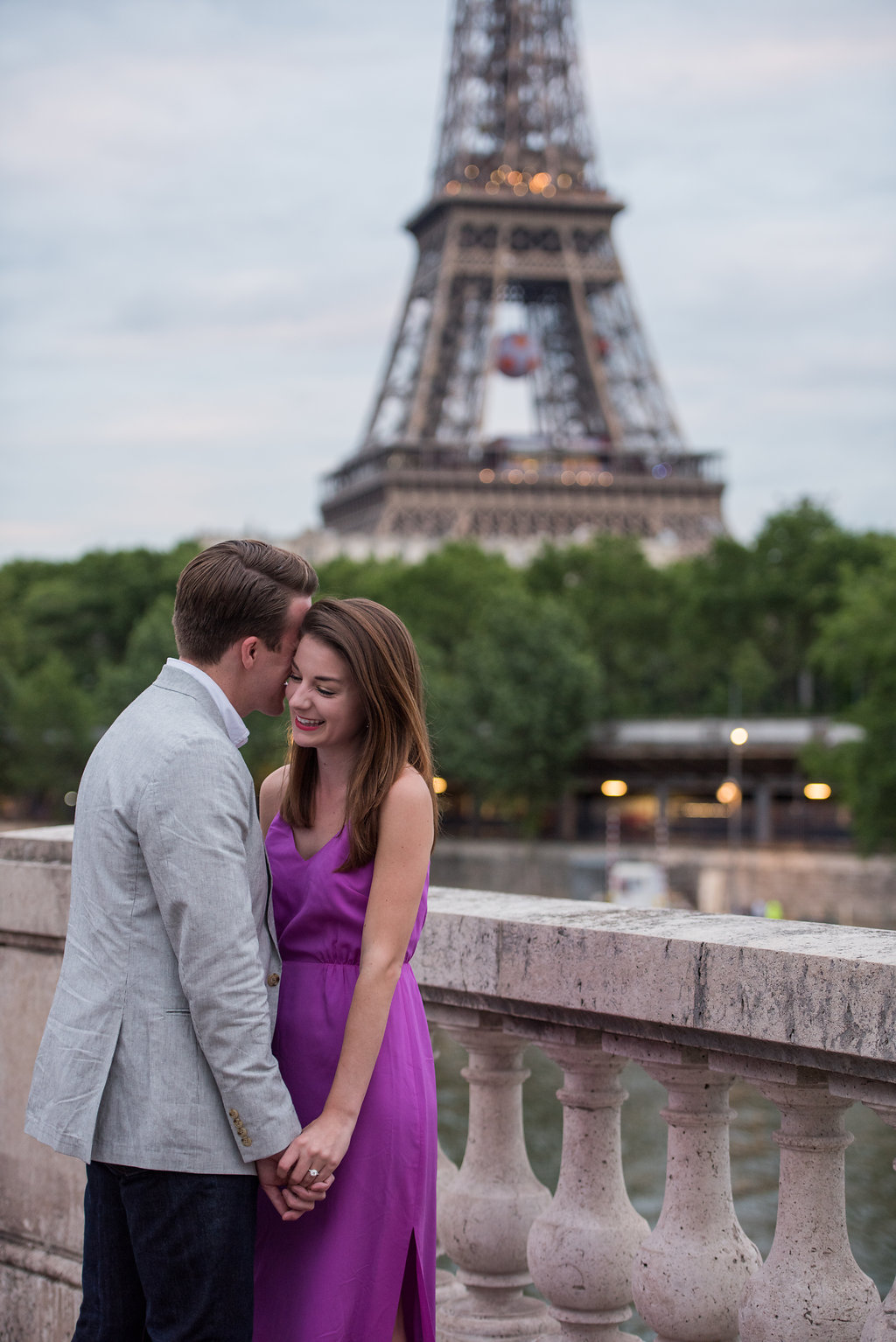 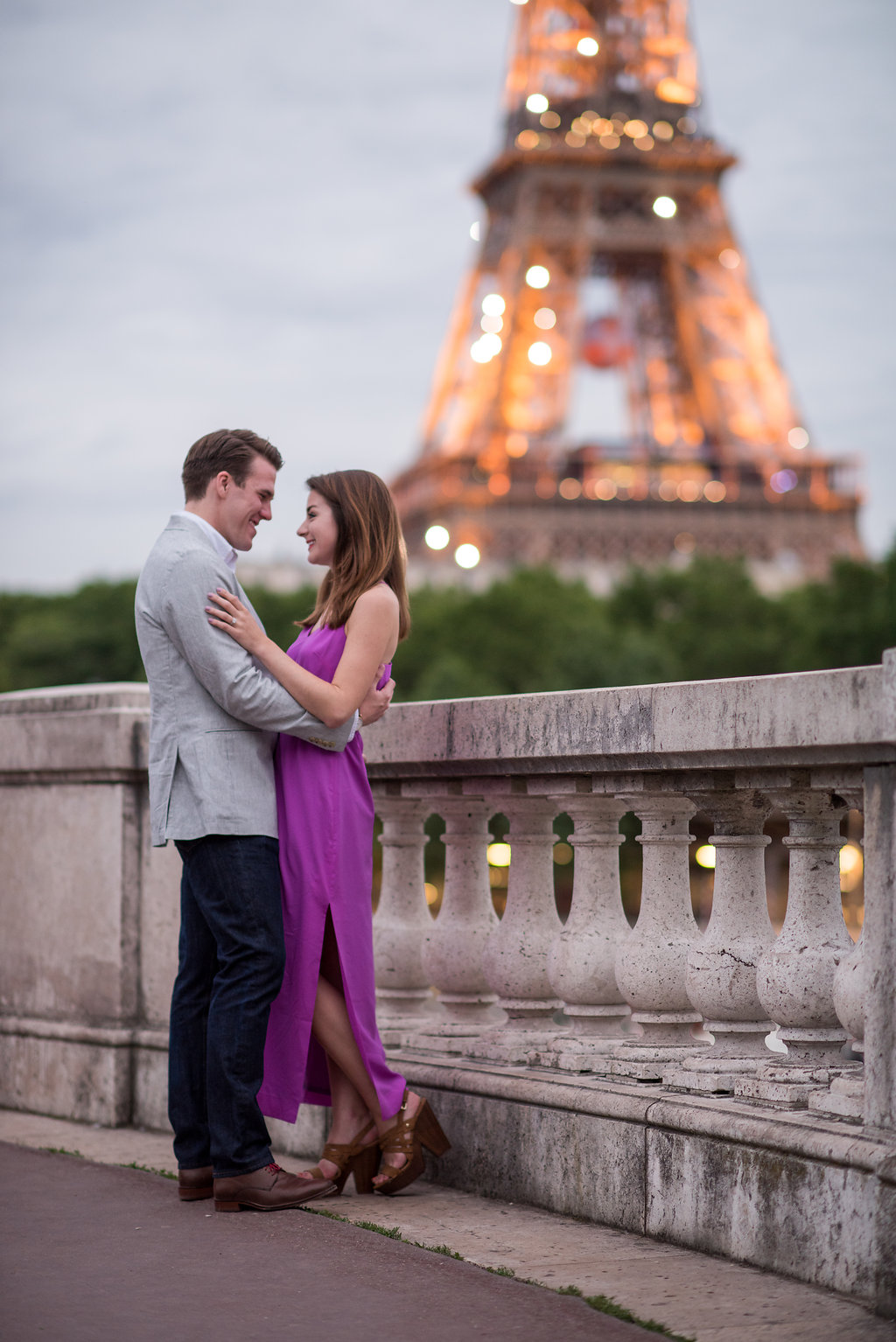 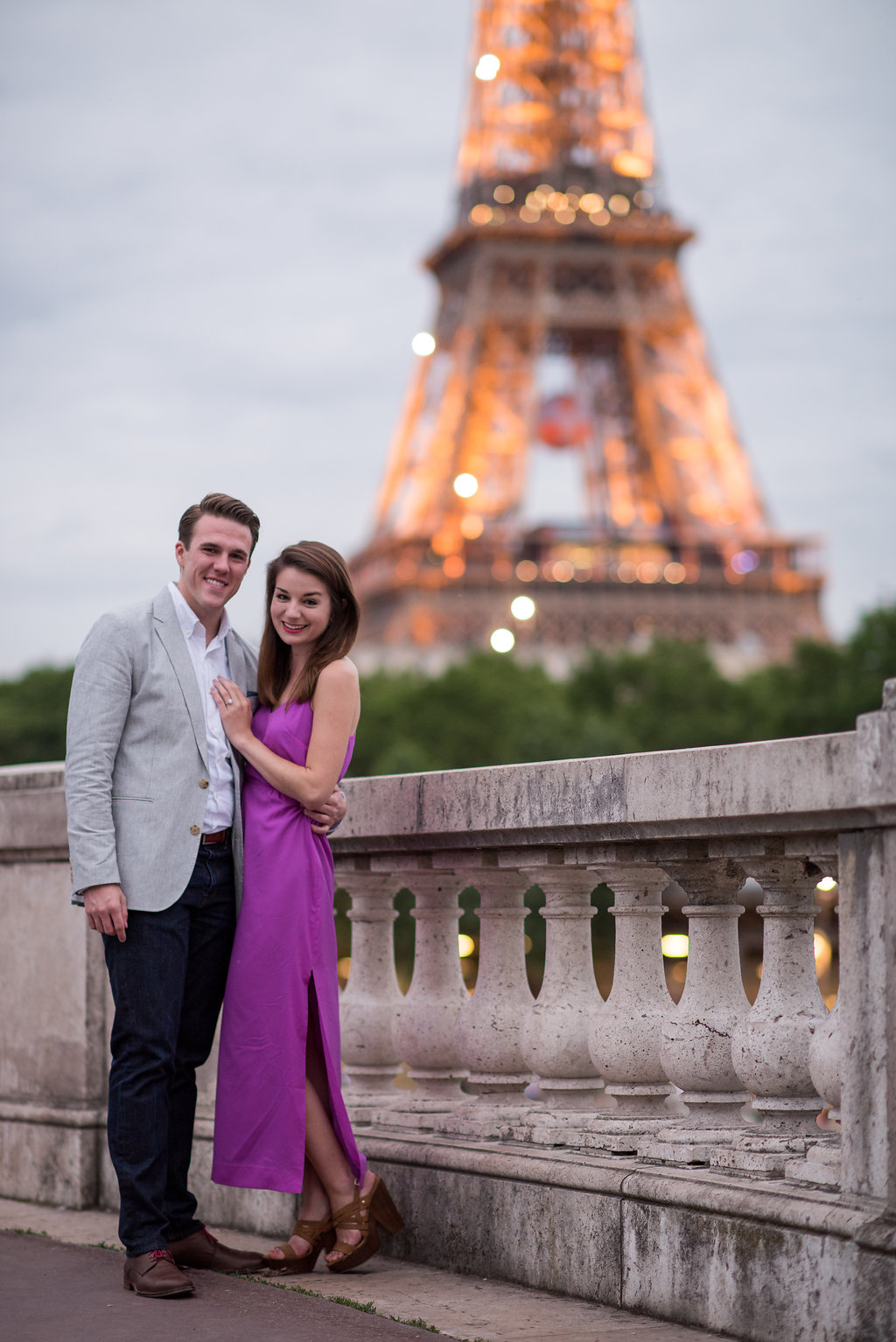 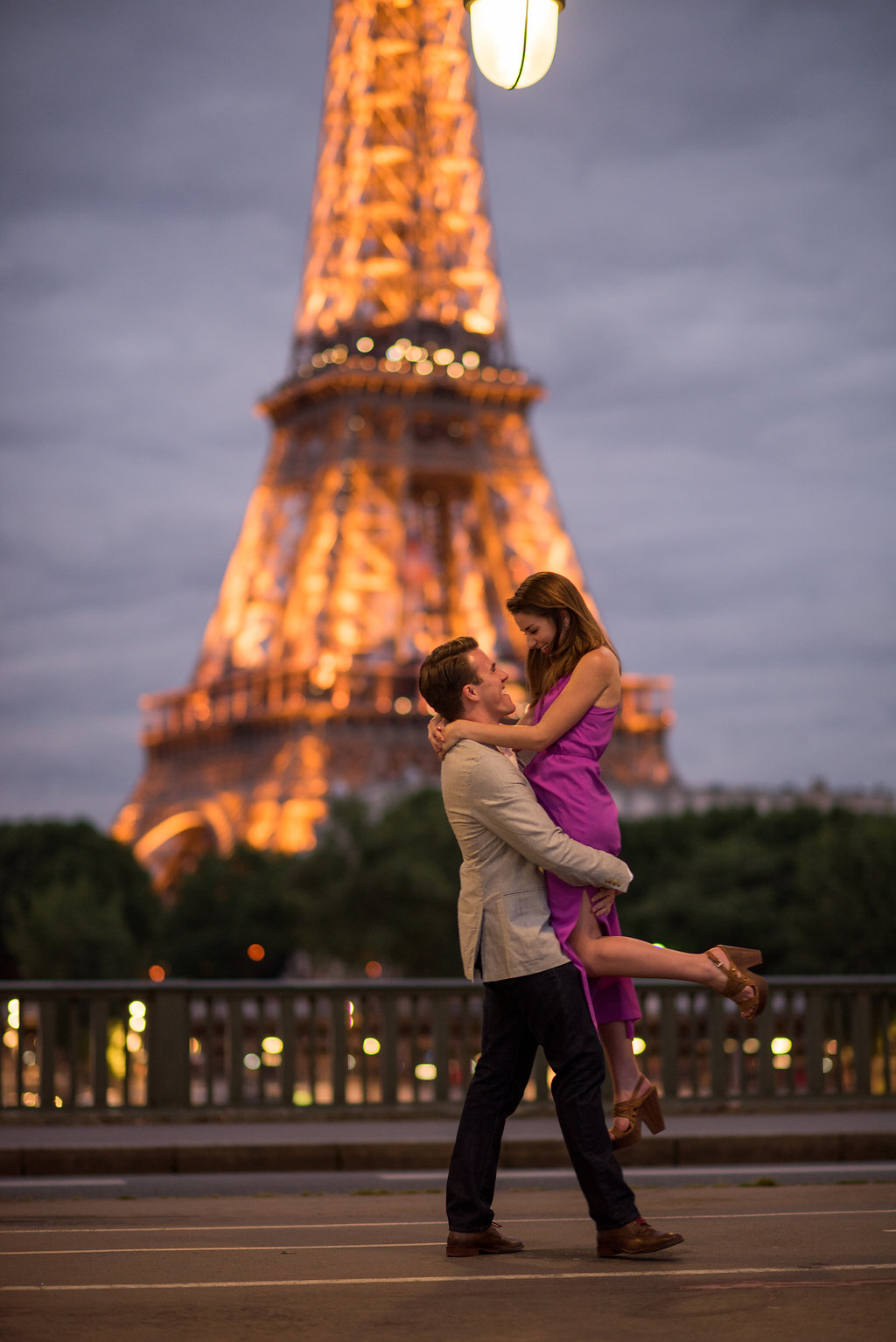