Chris decided to propose to Kelly in the gardens of Versailles on an early morning in March.  The early morning fog made for a lovely moody backdrop to their proposal.

Here is their proposal story, that was featured on HowHeAsked.com!

“The proposal was just like out of a fairytale (or movie.) As we headed toward Versailles on the Paris metro, we realized we were on the wrong train! Chris started to freak out (little did I know he had something big planned) and I tried to reassure him it would be okay to get there a little late. Upon arrival, I noticed that there is a short line to get into the palace and suggests that we get online- the obvious choice. But Chris was persistent in seeing the gardens first. Since it was foggy, cold, and would surely be an hour + line to get in later, I was not happy. As we walked through the garden (me more rushing) we stopped at the grand Apollo Fountain. I took a moment to take a panoramic picture with my phone. As I rotated to get the entire fountain in, Chris stepped in behind me and when I turned back around, he was on one knee! Neither of us can recall what was said in the excitement of the moment, except for one word, YES! At this point Lindsey (the photographer Chris had hired to follow us around) stepped out and introduced herself, she caught the entire moment on camera! We then proceeded back up to the palace with Lindsey snapping pictures along the way. As we arrived back, we were greeted with a wait to get into Versailles, but it was all worth it!” 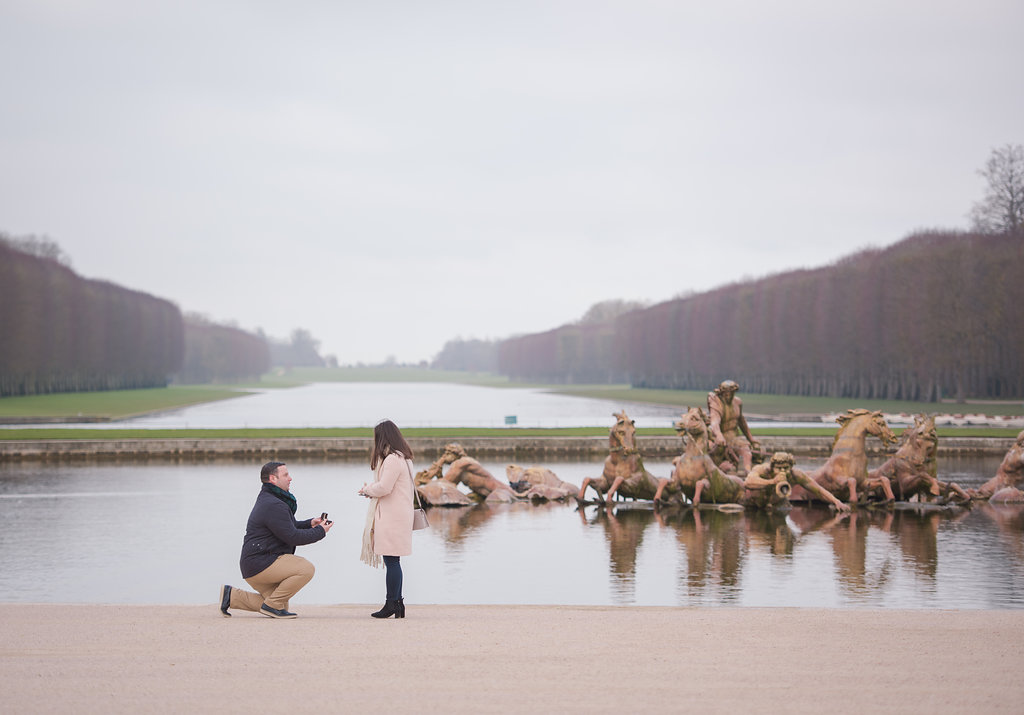 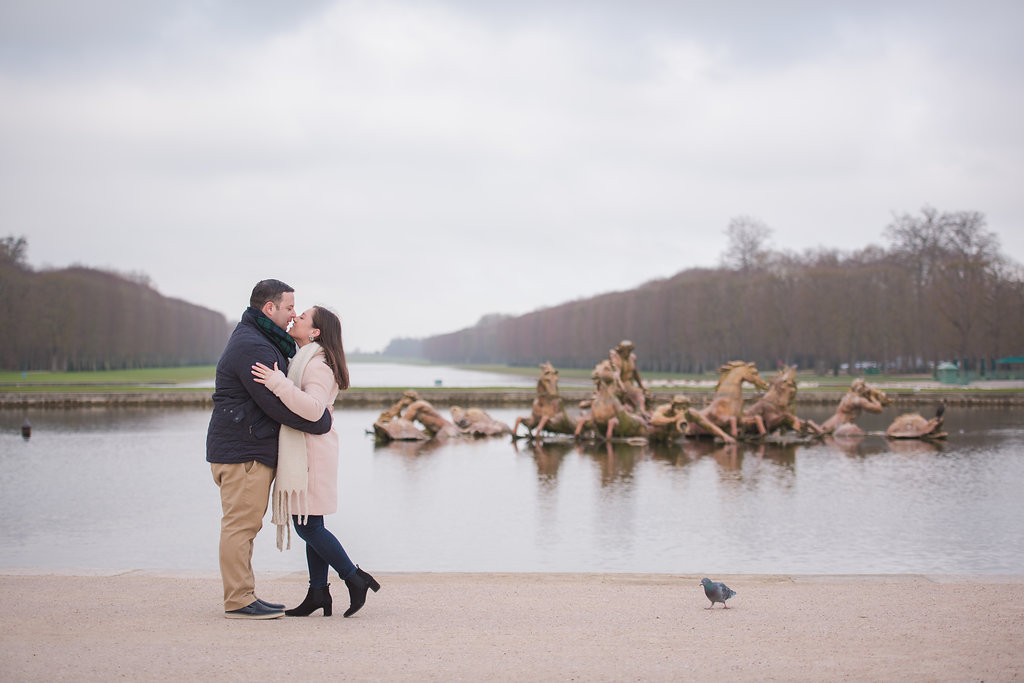 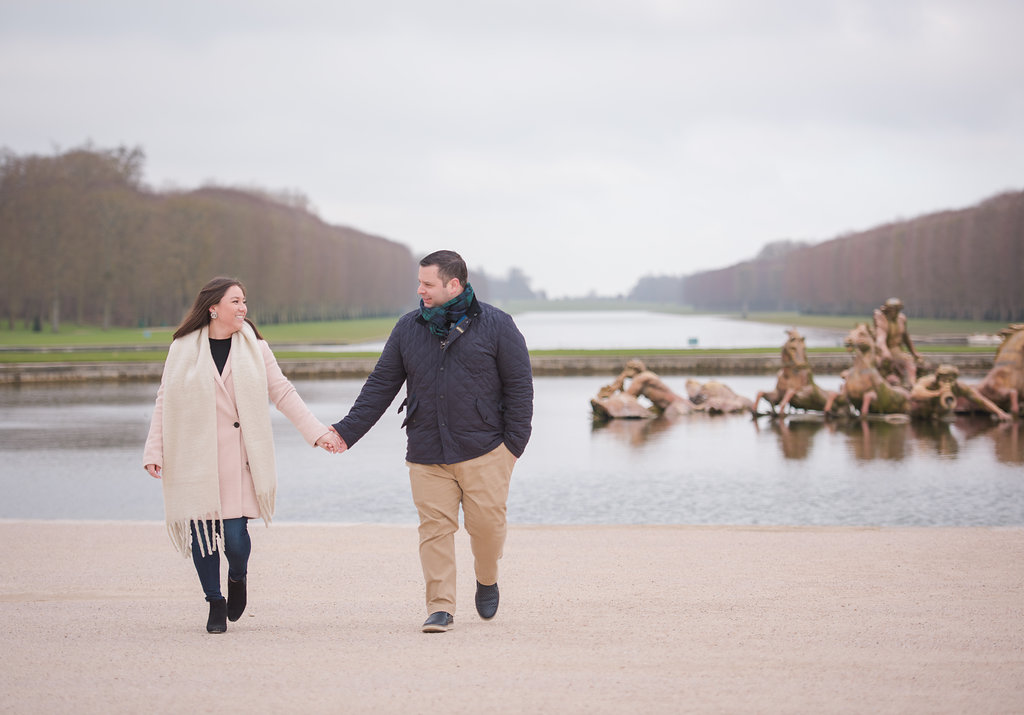 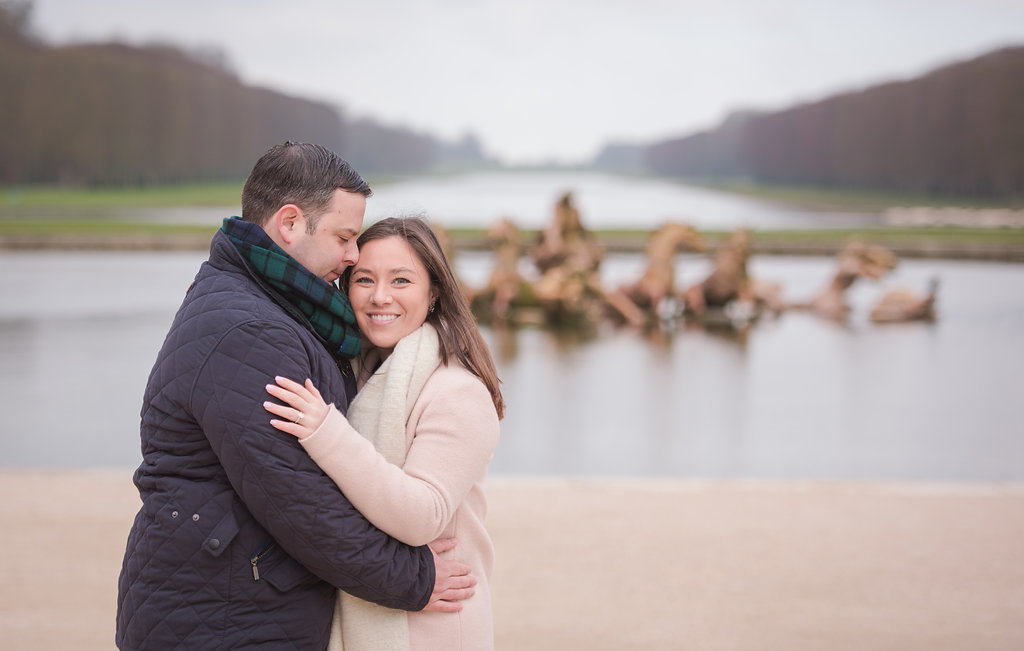 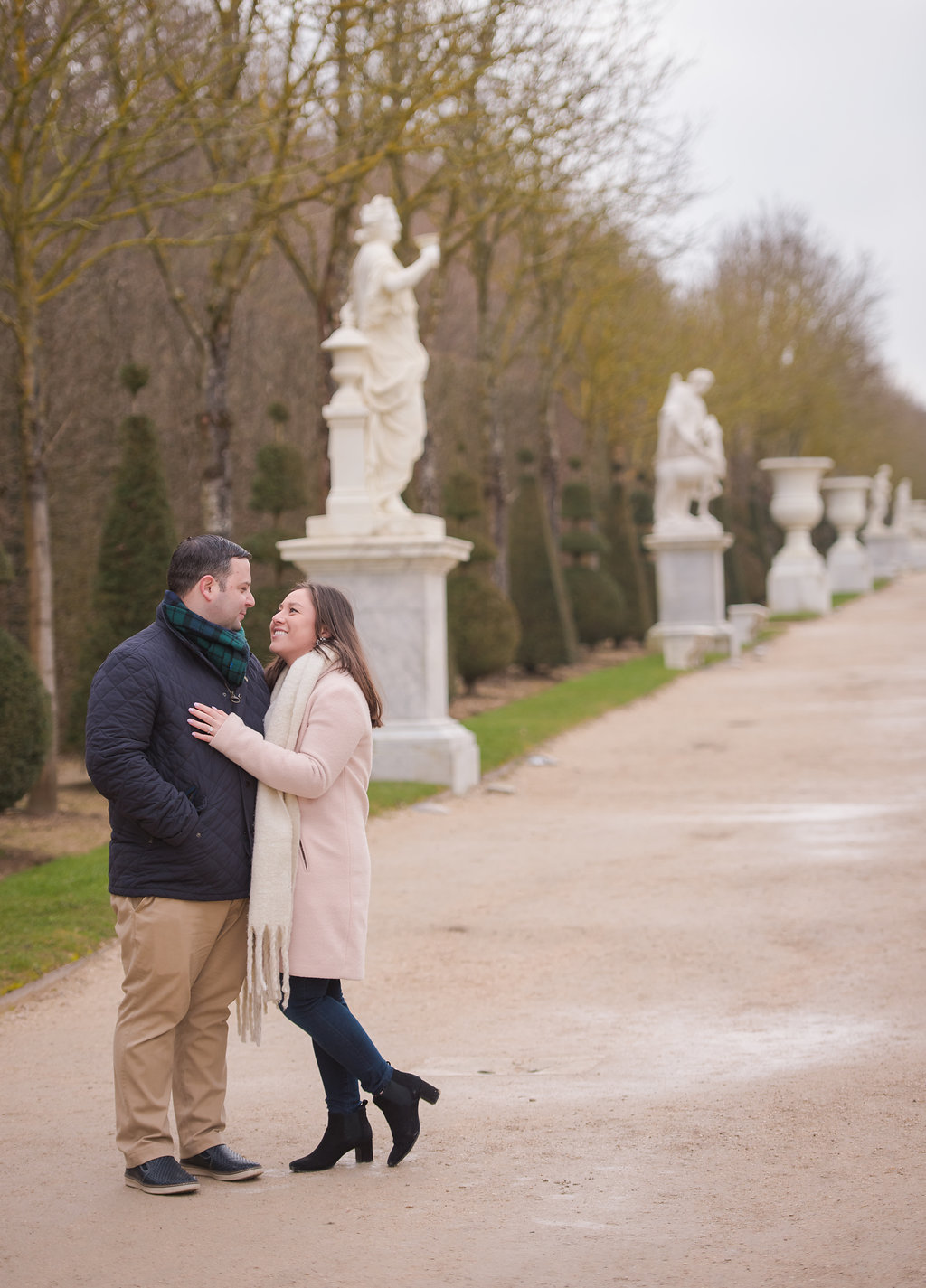 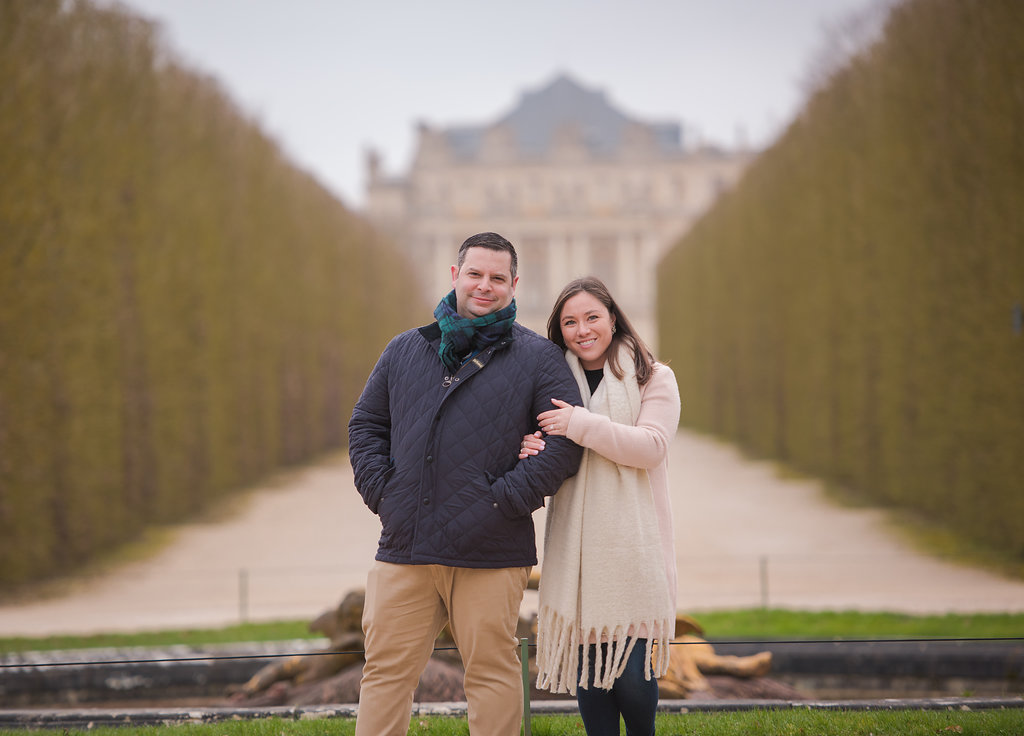 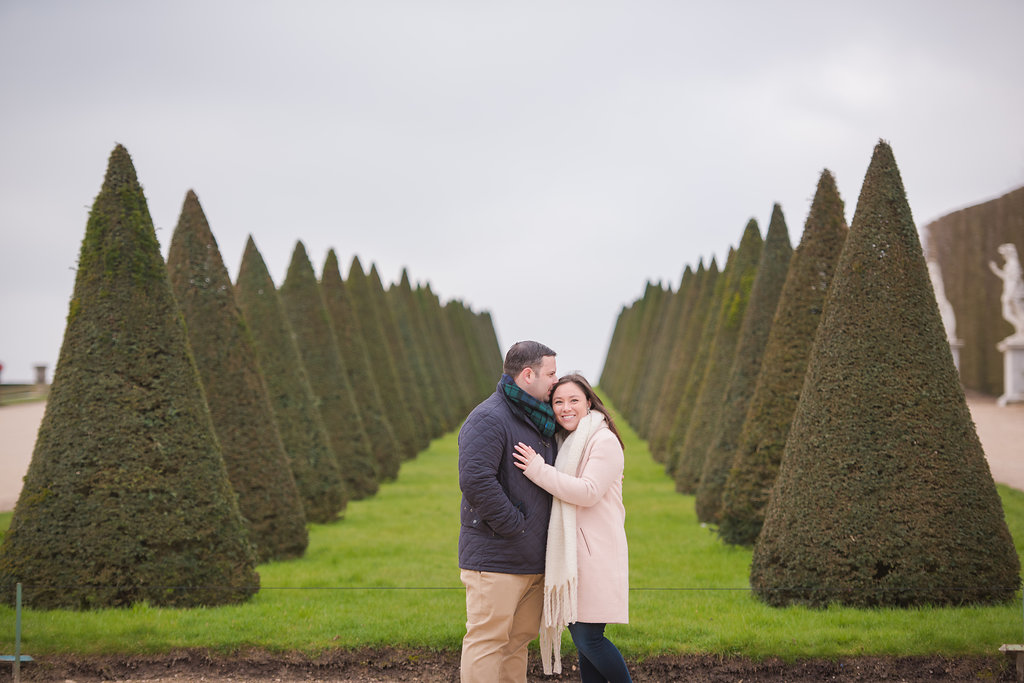 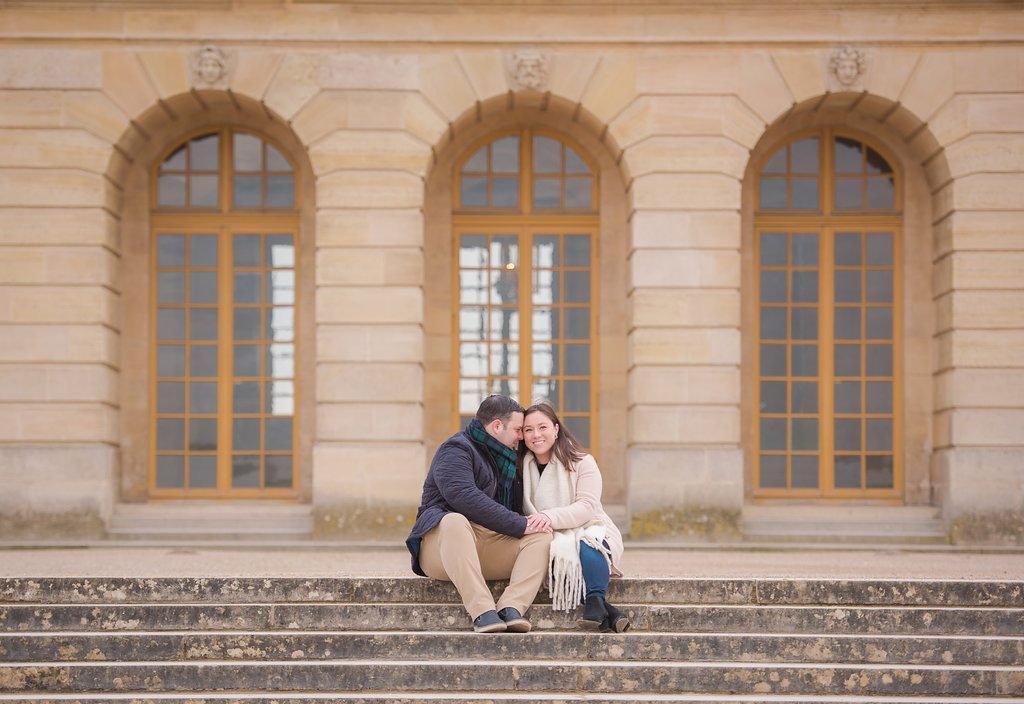